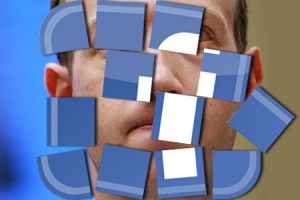 We have been featuring commentary from Bob Hoffman on the Facebook fiction for months, and in this week’s issue, Fred Jacobs weighs in with his own take, including the fact—which I have also learned from conversations with our readers—that small market radio stations are particularly susceptible to the competition presented by Facebook, Instagram, and all the other social media that sell advertising one way or the other.

Okay, so we know that Facebook is ripping people off and lying about their reach and efficacy. Thanks to the information that Bob Hoffman shared with us during our podcast interview (Episode 47 at www.smallmarketradio.com), we not only know that Facebook makes up demographics on the fly and has no control over its content, but we also know that at least 50% of all measured click-through rates (on all platforms) are fraudulent.

Well, fine. But to share that information unsolicited with an advertiser or a prospect is tantamount to calling their baby ugly. And we all know that Rule Number One in sales is never to call the prospect’s baby ugly.

But what we can do—and should do with any competitor that your prospect is using—is a two-pronged approach:

1. Praise the prospect for his or her vision and wisdom for using digital media.
2. Ask the prospect how it’s working out.

The first prong establishes two things for you:

First, by complementing the prospect on making a smart move, you have enhanced your own credibility, have taken the pressure off both you and the prospect, and have paved the way for the next prong.

Second, it establishes that digital media can be a good investment, opening the door to your own digital offerings.

The second prong, an innocent question asked in a relaxed, non-threatening atmosphere (established by the first prong), is likely to elicit an honest, non-defensive answer—and that answer is likely to be less than 100% positive.

Once the client has answered honestly, it gives you the opportunity to talk more openly about Facebook, and about your own digital products.

For example, let’s say that your prospect responds to your question with, “Well, I’m not sure about the results” or some such. You can gently introduce some of the problems that Facebook is having with its advertising model (“You’ve probably followed the Facebook story, including all the trouble that their founder is experiencing”), and make the point that rather than dealing with a faceless, service-free behemoth, the prospect can achieve much better results by using the digital services of a medium they already know and trust.

Let’s say, on the other hand, that the prospect is satisfied with the social-media investment. At that point, you should ditch any criticism of Facebook or other social media (after all, such criticism is calling their baby ugly), but make the point that rather than dealing with a faceless, service-free behemoth, the prospect can achieve much better results by using the digital services of a medium they already know and trust.

Another thing that radio has done successfully over the years is make the point that there are benefits to be derived from using whatever medium is being discussed plus radio. (As a matter fact, RAB members are extremely familiar with their competitive media profiles, which include pros and cons, and the benefits of combining the media with radio.) This one is a little different, however, because we offer the competitive medium ourselves.

Readers with long memories can check off the media that have threatened to eat our lunch over the years—over-the-air television, cable, newspapers, shoppers, satellite radio, and so on. In every case, the strategy that stands the best chance of success is what we have outlined above: praise, remove the threat, ask the question, and respond accordingly.