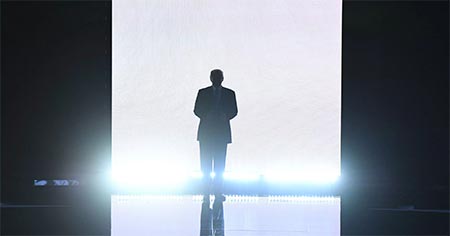 Back in the 1980s, Philip Kotler formulated five attack strategies and six defense strategies that together compose a novel way of looking at marketing. I got to thinking the other day that our current president has displayed an uncanny mastery of these strategies, whether instinctive or learned. We’re going to review Kotler’s strategies later in this article, but first, let’s look at some of the principles that our unlikely Commander-in-Chief employed to win the nomination, win the presidency, and continues to employ to solidify his position. In other words, the seemingly random behaviors, utterances, and tweets that emanate from the Oval Office might actually be based on solid marketing principles. What is interesting about the president’s application of these principles is that he seems to be playing both an offensive and defensive game simultaneously, using a mashup of strategies from both columns.

KEEP IT SIMPLE. Trying to communicate complex, nuanced concepts is futile in a marketing environment. Use short, catchy, memorable phrases; the fewer the words, the more likely the message is to be understood and repeated. Examples: “Lock Her Up,” “Drain the Swamp,” “Build the Wall.”

REPOSITION THE COMPETITION. Whether it’s “Crooked Hillary,” “Little Marco,” “Fake News,” or “The Failing New York Times,” the average consumer (a.k.a. voter) is likely to be swayed by the appellations when they are repeated, consistently, often enough.

This is a particularly effective technique in that the competition is powerless to fight it—because they can’t even acknowledge it. If Ms. Clinton were to say something like, “I’m not crooked,” or The New York Times were to adopt a slogan like, “We’re Not Failing,” they would be playing into the president’s hand. (Neurolinguistic Programming teaches us that the mind ignores a negative. “Not failing” is “Failing”; “Not crooked” is “Crooked.”) Naturally, the marketer who has effectively repositioned the competition would love nothing better than for the competition to respond; that merely gives more exposure to the repositioning.

BE REPETITIOUS. Any good marketer knows that anything repeated often enough seeps into the public consciousness and becomes “fact.” (Coca-Cola has certainly proved that over the years by taking truly awful taglines and making them work by pouring billions of dollars into their promotion.) This rule is a corollary of “Be Consistent”; the two work together to build up impressions and solidify viewpoints.

BE PREEMPTIVE. This is one of Kotler’s defense strategies. A great example is this whole “Fake News” business. By using that epithet early and consistently, the groundwork has been laid for a response to any unfavorable reporting. Since the constant repetition of the phrase “Fake News” establishes it as fact in the mind of the consumer, then any reporting negative to the president is deemed to be “fake news” and thereby discredited.

DOUBLE DOWN. A good marketer understands the value of the competition acknowledging what you’re doing. No matter how withering the competitive response, it’s important to stand your ground—and take advantage of the opportunity to use consistency and repetition yet again.

BE UNPREDICTABLE. Kotler calls this the “Mobile Defense”—it’s hard to hit a moving target. However, in the case of the president, he seems to be using this as an offense. It’s hard to marshal a response when the attacks cannot be predicted. Do anything and everything you can to keep your competition off balance and chasing their own tails. Any time and effort spent in regaining balance is time and effort not devoted to defeating you.

USE THE EBBINGHAUS PRINCIPLE. In 1885, Hermann Ebbinghaus came up with his famous “Forgetting Curve,” which proves what we already know: we forget stuff over time. The president employs this tactic quite frequently: “I’ll have a major announcement in four days”—and the announcement never comes. After four days, most people will have forgotten all about it—and any news media outlet that does not forget has already been branded “Fake News,” so there you go.