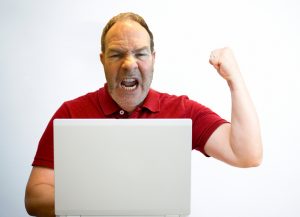 This whole digital thing has had us distracted for far too long. While I stand by my early-adopter championing of the Internet as a logical line extension for radio, I see radio stations struggle with their online presence—be it their own website or the constantly-multiplying plethora of social media—generally to the detriment of their core business.

Over the past weeks and months you have seen articles here and elsewhere hinting at the sea change that is now upon us, made official by the statements of the chief marketing officer of Proctor & Gamble last weekend. At a conference of Internet advertising media, Marc Pritchard called out the whole lot of them, putting them on notice that P & G would no longer accept inside numbers and anecdotal evidence of online advertising effectiveness. And given the amount of money that P&G spends on advertising across all platforms, you can be sure that other Internet advertisers large and small will soon follow suit.

I have been haunting the halls of the Interactive Advertising Bureau (IAB) for years, and the fact is that Internet media know full well the gigantic flaws associated with advertising therein.

Let’s start with the bots—automated programs that can be directed to open a webpage multiple times to make it appear that the page, and the ads thereon, are being viewed by far more eyeballs than is the actual fact. Unscrupulous? Absolutely. Commonplace? Absolutely.

Then there is the click-through rate, which averages a fraction of 1%, meaning that fewer than one person in 100 will actually click on an online ad to get more information. When you think about it, this makes complete sense: If you are on a webpage, you are there to view the content of that webpage, not go merrily clicking away on the ads, no matter how compelling.

Out of desperation, Internet media and advertisers have been resorting to ever more intrusive and annoying ways of getting the attention of web visitors—skyscrapers, pop-ups, pop-overs, peel-offs, and my personal favorite, the ads that pop up to cover the form you’re trying to fill out, and there is no way of getting rid of them.

So Internet advertising is not only ineffective, but it is annoying as hell. That creates the ideal environment for an advertiser: pissed off prospects who deliberately don’t act on your entreaties because you have tried to hard to get them to.

What Procter & Gamble is shining a big fat spotlight on is the fallacy of the metrics. Sure, you can measure exactly how many people have visited the page on which your ad appears. . .but finally advertisers are realizing that such a measurement is completely irrelevant to whether the visitor has even noticed your ad at all.

For a long time now I’ve encouraged advertisers to think of their online banner ads as billboards, where they have a very few seconds to grab the viewer’s attention. Furthermore, it’s a good idea to think of the webpage on which the ad appears as a page in the newspaper. Yes, while the newspaper can only estimate the number of people who actually read any given page, you can tell (more or less) exactly how many people visit the webpage—but there is no way of telling which ads attract the viewer’s attention. (At first, Internet advertisers thought that click-throughs would give them that information, but they quickly abandoned that notion when they saw the pathetic percentages.)

So now, thanks to the leadership of the P&G CMO, Internet advertisers will more and more challenge whether the Emperor is wearing any clothes at all.

So now, as should have been the case all along, Internet advertising and all of its specificity of measurement must take its place with all other advertising media, where the metrics are tempered by common sense.

The words of John Wanamaker, uttered a century ago, continue to ring true: “Half the money I spend on advertising is wasted; the trouble is, I don’t know which half.”

← Little to the Imagination
Becka breaks it down: real news versus fake news. →