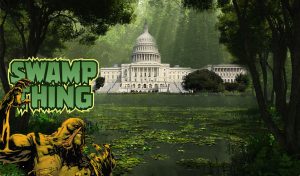 I want to commend FCC chairman Ajit Pai for his message-within-a-message in response to the letter sent by the members of the Senate Commerce Committee (see the article earlier in this issue). His monosyllabic responses to the six bloated questions put to him by the committee members—if my between-the-lines reading is at all accurate—strike a deft balance between respect and sharp commentary on the spotlight-seeking grandstanding engaged by nearly everyone when the curtain goes up on any sort of Congressional hearing.

The way I read it, the FCC chairman has carefully cultivated a Midwestern aw-shucks persona to temper what would otherwise be a full-on display of sharp intellect and political ambition. (Well, I think it’s safe to remove the word “political” from that last sentence; like so many before him—and, I’m sure, after him as well—Mr. Pai will in due time land himself a position in the private sector that will set him up for life.)

Anyway, Mr. Pai is charting the safest course he can through decidedly non-draining swamp within the Beltway—careful not to aggravate the fellow who put them in his present position, but at the same time cognizant of that fellow’s roiling power base.

In the meantime, the chairman has shown himself to be a consistent friend to radio, and to AM radio in particular. Needless to say, we like that about him; and regardless of what we think of his boss, or the Congress, or the entire political morass, our industry is and should be supporting him and encouraging his righteous local radio initiatives.

Given Chairman Pai’s penchant for road trips, you may just well be able to tell him that yourself.