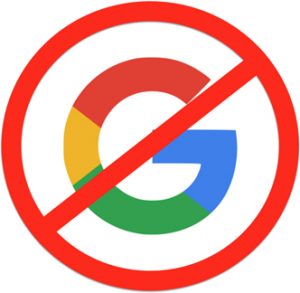 San Francisco, March 19, 2017—It was reported last Friday that several major advertisers were canceling all advertising on Google platforms in the U.K. (including Google-owned YouTube and DoubleClick) until Google cleans up its act.

This is the result of revelations about major brand advertising appearing in or around terrorist, pornographic, and hate websites and videos in the Google “ecosystem.”

Among those pulling ads from Google, two of the largest are the government of the U.K. and [the ad agency] Havas (clients include the BBC, Dominos, Kia and Hyundai.)

According to The Guardian, Havas spends over $200 million annually with Google on behalf of its clients.

According to one U.K. marketing consultant, “Google will be eager to avoid this cascading.”

I am officially skeptical that this will do any such thing. I think it’s highly unlikely that Martin Sorrell (WPP) and his pals at Omnicom, IPG and Publicis will give up the huge revenues they generate from Google ads for high-minded principles.

They’ll make noise, but they won’t risk 5¢ unless their clients force them to.

Meanwhile, here in the U.S., agencies and marketers don’t seem to give a damn where their ads run just as long as they’re cheap.

The Boycott Jumps the Pond 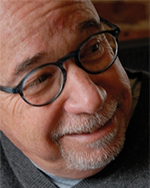 San Francisco, March 22, 2017—This week, the boycott spread to the U.S. as huge advertiser AT&T announced it would similarly withdraw all its display advertising from Google properties.

Previously I stated that U.S. ad agencies wouldn’t have the integrity that Havas showed by withdrawing all its clients from Google. It looks like I was right. The announcement was not made by AT&T’s agencies but by the company itself.

This development has the potential to trigger significant reactions among other advertisers worldwide.

Personally, after 10 years of ranting against the corruption, sloth, and arrogance of the online advertising industry it is gratifying to finally see some brands showing some spine and standing up to them.

While Bob appears to be splitting hairs to justify his predictions (okay, he may be right about the agencies not pulling the plug), I am ecstatic about what this trend means for the future of advertising.

Like Bob, like most of our readers, I believe that principled advertising is one of the highest forms of expression. But being principled cannot be left to tech geeks with few communications skills to begin with, or worse, to the bots they create to automate the process.

This is not the first time Google has stumbled in its attempt to rule the advertising world. Remember dMarc? Google acquired that “digital solutions provider for the radio broadcasting industry” back in 2006; here’s what they said at the time:

“Google is committed to exploring new ways to extend targeted, measurable advertising to other forms of media,” said Tim Armstrong, vice president of Advertising Sales, Google. “We anticipate that this acquisition will bring new ad dollars and accountability to radio by combining Google’s expansive network of advertisers with dMarc’s talented team and innovative radio advertising technology. We look forward to working together to continue to grow and improve the ecosystem of the radio industry.”

Within months there were signs of big trouble. In February of 2007, the New York Times wrote,

When Google acquired dMarc Broadcasting, a company whose software allows marketers to place ads on radio stations, for up to $1.24 billion early last year, it was seen as a clear sign of Google’s ambitions to extend its dominance over Internet advertising to other media.

Now, there are indications that Google Audio, as the company’s foray into radio advertising is known, has hit some snags. The two brothers who founded dMarc in 2002 have left Google amid growing speculation by analysts and radio and advertising executives that the Internet giant is finding it harder than expected to muscle its way into the radio business.

Industry insiders cite everything from culture clashes to resistance in the radio industry, which relies heavily on sales representatives, to automate its advertising systems. But the hurdle mentioned most often is Google’s apparent inability to secure enough air time, or inventory, to make its system attractive to advertisers.

Google is pulling the plug on its Google Audio Ads and Adsense for Audio products, and is looking to sell off its Google Radio Automation software business. The moves come less than a month after the company decided to stop selling print ads, another experiment to expand beyond Web advertising that went nowhere. Google expects to lay off as many as 40 people as a result of exiting the broadcast radio advertising business.

It also marks the failure of Google’s $102 million acquisition of dMarc Broadcasting two years ago, which formed the basis of these businesses. The dMarc deal could have been worth as much as $1.13 billion if the business hit certain milestones. But radio stations and the companies that own them never gave Google the advertising inventory it needed to make it a real business, despite Google’s outright attempts to buy market share.

You’ve got to wonder whether dMarc would have made more inroads on its own had it not sold to Google. As it was, fear of Google’s growing power no doubt played a role in the lack of cooperation from the radio industry. And in this environment, even Google can’t fund money-losing projects forever. So it decided to take its marbles and go home, staying in the audio ad business only as it applies to streaming audio on the Internet. Google says it will still continue to pursue its dreams of serving better TV ads, but it is not clear Google is making much progress on that front either.

So Google got out of the traditional media business and doubled down on its stranglehold on the Internet, coinciding with the New Media craze (pronounced “crazy”). They, and coconspirator Facebook, have come to exert an extraordinary amount of control over what ads are accepted from what advertisers, and where the ads appear. According to some sources, up to 90% of all advertisers are denied access to advertising on these platforms, and they never say why—nor do they offer any official guidelines as to what constitutes acceptable advertising.

That has made me very uneasy. Sure, there need to be restrictions based on common sense and community standards—no profane language, no obscene images, things like that—but not based on esthetics or creative expression. While Google (and Facebook, for that matter) never gives up its algorithms, informed speculation has it that you can be rejected for too many words, not enough graphical content, the “wrong” graphical content, and so on. (What are the odds that AT&T and Hyundai know exactly what the policies are—if they even apply?)

Google and Facebook can get away with this overt censorship because they’re basically the only games in town.

Until now. It seems the advertising community is beginning to see that the emperor is naked.

Oh, and let’s not forget the incredible irresponsible content no-policies that are getting the online giants in trouble with the advertising community. They couldn’t move AT&T’s and Hyundai’s ads to more benign quarters if the wanted to—because they’re not controlling their content.

I knew the whole thing went off the rails when Facebook began permitting live streaming video, which led to the infamous live stream of the beat-down of an elderly homeless man by four Chicago delinquents. Not only was Facebook mute about the incident, not only did they resolutely stay the course, but, incredibly, Google (YouTube) debuted its own live streaming service shortly thereafter.

So major advertisers are pulling the plug, citing adjacent-content issues. But I’ll wager they’d hold their noses and look the other way but for one thing: Internet advertising is a sham and always has been. Marketers everywhere are waking up, rubbing the fairy dust out of their eyes, and realizing that the vaunted so-called New Media must be held to the same accountability standards as the rest of us.

When viewed that way, adjacent content is a symptom, not the disease.

I fervently hope the advertising community unites against these media miscreants. When they do, it will be for the wrong reason. But the cause of principled advertising just might be victorious anyway.

← The chairman smooths it over.
And still they try to tax us. →