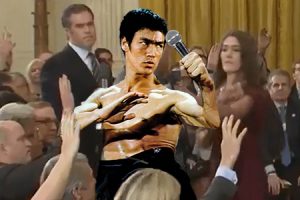 You may not think you have anything in common with Jim Acosta, or that your radio operation has anything to do with CNN. But the connection is stronger than you think.

But they—and you, and I—are under serious, systematic, strategic attack. And we’re losing.

After 667 days we’ve become accustomed to attacks on those who try to hold our leaders accountable for their words and actions. The targets of those attacks are journalists—reporters who do their best to get it right—but the credibility and nobility of everything that they—and you—stand for is eroding before our eyes.

The video-doctoring incident is an escalation of the hostilities toward the press – the general acceptance of which has been made possible by the relentless rebranding of the journalistic community as “fake news” and “the enemies of the people.”

Regardless of your personal approval rating of our current president, we all need to heed the possible consequences of the systematic shredding of decency and civility, not the least of which is the destruction of the credibility of our profession. Speaking of decency and civility, I feel a bit conflicted: when challenged and, yes, abused (“That is a stupid question, and you are stupid person”), my first instinct is to abandon decency and civility. In fact, it’s a wonder to me that so many members of the White House press corps accept such abuse without objection.

As I said up front, it’s easy for us to think that we are in a different business entirely from those we see splashed across our television screens every night. But members of your community see the same thing we’re talking about: powerful people who trash talk the press at every turn. The thing about repetition is that it cuts both ways: it can be used, equally effectively, as a tool for good or for not-so-good. When members of your local community, even though they see you doing good things every day, hear over and over and over again that the press is responsible for “fake news,” and reporters are “enemies of the people,” it will surely have an effect. It plants seeds of doubt, and those seeds will sprout at the first sign of reporting by your people that is perceived to be negative.

We are in a climate where people of power—whether local or national—have a fallback when things aren’t going their way: invoke the characterization of the press that is already bouncing around the environment, discredit them, and neutralize any threats they might pose.

Most broadcasters would agree that our most important asset is our integrity; without it, we can’t very well conduct business in our communities over the long run. Goodness knows some broadcasters take care of the discrediting thing all by themselves, but it’s quite another thing to be unfairly branded, the side effect of this national campaign we are facing.

What do we do?

First, conduct a clear I assessment of your own operation and make sure it is squeaky clean. Next, encourage and support the efforts of your state association, the NAB, the Radio-Television Digital News Association (RTDNA), the National Association of Black Journalists (NABJ) – or any industry organization that fights for the rights of broadcast journalists.

But the most important thing you can do is to feel the connection between your modest news operation and that of the likes of NBC, the New York Times, the Orlando Sentinel, and so on. Sure, the big boys get the national exposure, but you are every bit as big in the communities you serve – so act like it.

← Legendary station changes hands.
As If We Didn’t Have Enough to Worry About →