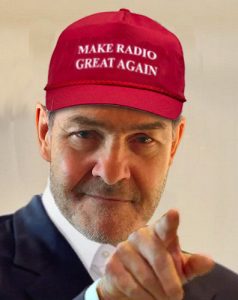 As I write this, it is January 21, 2017, our nation has inaugurated the 45th president of the United States, and it is safe to say that we are about to experience a presidency unlike anything we have seen in our lifetimes.

The hope is that we are entering a pro-business era that will spawn an unprecedented economic boom that will benefit enterprises large and small alike.

We small-market radio broadcasters have every reason to celebrate the new administration’s first achievement in our little patch: the appointment of Ajit Pai as the new FCC chairman. Mr. Pai has proved himself to be a friend to radio, to small-market radio, to AM radio. Unlike his predecessor, whose interest was largely derived from his telecom background, Mr. Pai seems to have a more balanced outlook about the communications industry and radio’s part in it.

I’m a little concerned about some of the plans by the president’s FCC landing team to strip the commission of its regulatory role and remake it as more of a pure policy body. While part of a business-friendly environment involves a certain amount of laissez-faire, there are times when the small-market broadcaster, especially, needs someone to have its back. (Examples: stations that cause interference to others by disregarding or overlooking transmission standards; noncoms that air flat-out commercials; unlicensed – pirate – operators; LPFM community stations that are anything but.)

I’m also a little concerned about the fact that whenever the interests of small business and large business diverge, the one with the money and the power is the one whose interests are served – and it’s not us.

If we do a little digging, I discovered that it has been during Republican administrations that smaller “underdog” segments of our industry have formed associations to defend themselves. The National Association of FM Broadcasters was formed during the Nixon administration. The National Association of AM Broadcasters was formed in the early years of the Reagan administration. A coalition of small market broadcasters emerged during the time of G.W. Bush. It might be coincidence, or it might be that small business has to be especially on guard during business-friendly times.

I look at the future with cautious optimism. The business-friendly climate can and should result in more hopefulness among our clients – and consequently bigger budgets. But we do have to be vigilant, so that the interests of small-market radio do not get trampled underfoot by a stampede of big radio.

In other words, make big plans – but keep the NAB on speed dial.