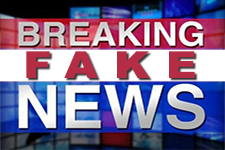 It looks like the “fake news” campaign is working, because according to the latest study from Simmons Research, the public’s confidence in news sources has plummeted to 40%—”a clear sign the news media is in crisis,” according to Simmons. Actually, the president’s attacks on the MSM (mainstream media) haven’t been completely effective, because the mainstream media (New York Times, Washington Post, the Big Three networks, etc.) rank higher in trust than the more partisan, polarizing media (TheBlaze, Breitbart, Daily Koz, the Palmer Report, etc.). Simmons identified a segment comprising 13% as “doubters,” those who believe all news media are disseminating “fake news.” The doubters are less likely to vote, but overwhelmingly support Trump (62.2% versus 27.8% for Clinton in the last election); that group tends to be less educated, less affluent, and less politically knowledgeable.