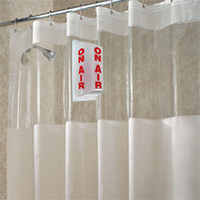 The Omaha Studios of NRG Media have been a ghost town since the middle of March, when the pandemic prompted everyone to leave the building except for a few on-air people who maintained social distancing by working in separate studios (most work from home). Now that Nebraska’s governor has begun the reopening process, the company is starting to bring back its on-air people and others, installing shower curtains and Plexiglas panels to minimize interaction.

According to Adams Radio Group CEO Ron Stone, “Adams markets have begun the transition of returning to normal operations at our offices and studios. We will have 100% of our employees back on all sides by July 15, which allows additional time needed for some employees that have requested additional time to transition.”