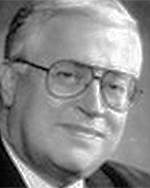 I was pretty expressive in our News section regarding my feelings about Gary Fries. I won’t be redundant, but Gary deserves a mention in this most personal part of our publication.

On several occasions along the way, I’ve been lucky to end up working with my heroes, but Gary stands apart. He first came to my attention when he was at Transtar; I was impressed with his no-nonsense, take-care-of-the-customer style. Later, I served on a number of RAB committees and developed a close relationship with Gary.

Gary was a terrific guy, with a great sense of humor. And here’s the kind of broadcaster he was: In a meeting one time, he was expressing his frustration with his fellow broadcasters, saying, “These guys don’t realize that their problems would be solved if they started every day calling five advertisers to thank them for their business.” As regular readers to this newsletter know, I am passionate about the basics, and nobody was more basic—or as effective—than Gary.

Probably the best way we can honor Gary, then, is to start every day calling five advertisers to thank them for their business. Who’s in?