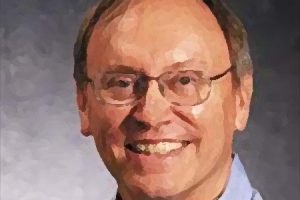 As I put the finishing touches on this week’s edition, Tom Taylor announced that he was retiring. As you doubtless know, Tom is a veteran radio journalist who has covered our industry for decades, most recently via his own daily e-rag, Tom Taylor NOW.

This news shook me a little bit, because I—like the rest of the industry—have been buoyed and informed by Tom’s upbeat but clear-eyed daily insights. More than that, Tom and I have had a “convention friendship”—meaning we don’t hang out and we don’t exchange holiday cards, but seeing him once or twice a year is something I look forward to, and it reassures me that all is right with the world. (We’ve also appeared on stage together, moderating an NAB Super Session, the preparation for which was a lot of fun.)

I’m sure I join, well, pretty much everybody in the industry in wishing Tom the very best in the next chapter of his life. But I must say, that NAB Press Room is going to feel a little empty this year.

← How Cold Is It, Exactly?
Gen Media Partners acquires Regional Reps and the Tacher Company →