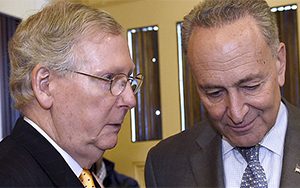 As happens periodically, the tax-deductibility of advertising is being threatened by proposed revisions in the federal tax code. Now, 15 Senators from both sides of the aisle have sent a letter to Senate Majority Leader Mitch McConnell (R-KY) and Minority Leader Chuck Schumer (D-NY) urging the leaders to retain that deductibility. In the letter, the Senators point out that advertising is always the treated as a regular business expense; they write, “Any measure that would tax advertising – and therefore make it more expensive – cannot be justified as a matter of tax or economic policy. Moreover, such a proposal would run counter to a major goal of tax reform. We can all agree on – simplifying the tax code.”