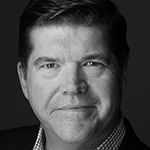 Steve Newberry, who operates a group of radio stations in Glasgow, KY and is currently the EVP for industry affairs and strategic planning at the NAB, has been named the CEO of QUU, a Seattle-based company that has developed new global ad sync technology. Newberry will remain in his current NAB post through the end of March to see the completion of the move to the new NAB headquarters in Washington, DC., after which he will assume his post with QUU. He will continue to operate his radio stations from his Washington, DC base. Personal congratulations to this great broadcaster on the next chapter in his stellar career.

This site uses Akismet to reduce spam. Learn how your comment data is processed.