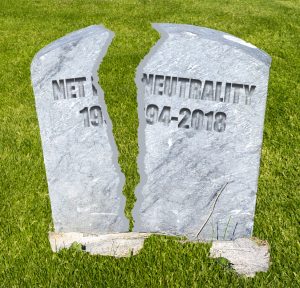 We did it! Thanks to your relentless activism, Senators Lisa Murkowski and John Kennedy have just joined Susan Collins and the entire Senate Democratic caucus and voted to overturn the FCC and save net neutrality!

They said it was a lost cause. They said that Big Cable’s pockets were too deep and their lobbyists were too powerful. But you proved them wrong.

This is not over yet. Now the battle moves to the House of Representatives—where we have an even bigger fight. But with Republicans facing a tough midterm election and polls showing that 86% of voters support net neutrality, we can win.