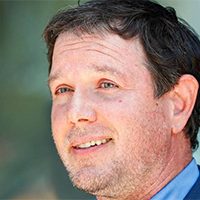 Apparently the Kentucky Sports Radio host has decided not to go after the Democratic nomination to face Mitch McConnell in the general election next year. According to the Louisville Courier Journal,

Jones said he has pondered the decision for the past two years and has “agonized” over it for the past four or five months.

“It’s time to decide. Not because I’m certain, but because it’s time,” Jones said, adding: “Even though I was never a candidate, I’m not going to be a candidate.”

The announcement comes more than two months after Jones formed an exploratory committee for a potential U.S. Senate bid.

Jones’ appearance on Kentucky Sports Radio marks his first time on the show since Nov. 6. After the Republican Party of Kentucky filed a complaint with the Federal Elections Commission accusing Jones of “serious violations” of regulations on that day, iHeart Radio asked the potential Democratic candidate to temporarily step down from the show.