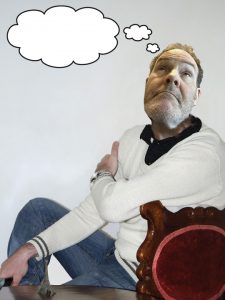 I’ll admit it: When it comes to radio sales, I’m not very imaginative.

Sure, when I’m in front of a client and I see the opportunity to create a commercial, campaign or schedule that hits the sweet spot, I take it. But where I am not imaginative is following the steps of the sales process.

I was talking to a pilot friend of mine earlier today. He’s also a broadcaster, and a very creative guy. . .but he is decidedly uncreative when it comes to flying. Like all good pilots, he conducts his preflight inspection strictly by the numbers; he always has his checklist in hand as he goes over every square inch of his plane to make sure he misses nothing. He checks the weather carefully along his planned route. Today he told me he was planning a trip this weekend, but he scrapped it when he found out there was a chance of storms when he planned to return.

While it’s true that no one has died from sloppy salesmanship—so far, as far as I know—failing to do the job by the numbers can kill your sales career faster than you can say “Mayday.”

Whether your station uses a six-, seven- or twelve-step process, staying in the process is absolutely essential to your long-term success. If you’re not consistent with the process, how will you know what works? How can you track your progress? How can you pinpoint areas of improvement?

You might be saying, “I already know what I’m doing and where I need to improve,” or, “I’ve got my own system,” or worst of all, “I don’t need a system.”

You are running a business, and any successful business person looks at the numbers every day: How are we performing against our goals? What, specifically, are we doing every day to hit our goals? What course corrections are necessary to reach those goals?

This simple ratio—calls per sale—is the first step to being in control of your career.

For one thing, it takes the sting out of that string of No’s you’re likely to get—because you already know, on average, how many negative responses it takes to get to a Yes. (If you get a few more No’s than you’re counting on, have faith: it’ll all work out in the long run.)

The next metric to look at is the average billing you generate per call. That’s not a typo—it’s per call, not per sale. Why? Because, as we’ve established, you can control your calls but not your sales.

Using this indicator, you can determine the activity necessary to improve your billing in two ways:

This kind of activity-based goal-setting is much more effective and realistic than the old “throw out a number and pray you hit it.” Start tracking your activity today, read in your sales manager or general manager, and watch your numbers—and your income—start to rise.

← High praise from Pai.
What Are We Afraid Of? →