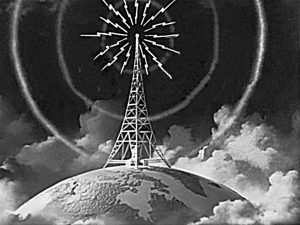 In our May 24, 2018 issue we ran an article by Dan Neil, “Road Trip After Dark,” about listening to distant AM stations at night; it brought back a flood of memories. My very first DXing, as a very young kid in Cedar Rapids, Iowa, turned up a bunch of Country stations in the South, playing strains of music that you just didn’t hear in my neighborhood.

When we moved to Boise, Idaho—my father was in radio, so, naturally, we moved around a lot—my AM radio turned me on to a bunch of new experiences all the way to the Pacific Northwest—and, incredibly, all the way to the East Coast and WABC in New York—and the stations and jocks I listened to molded me into a barely adequate disc jockey.

Most of you can probably relate to Dan’s article as well. Whether on a road trip or huddled in the bedroom, those great clear channel signals helped to ignite the passion for radio that propels us to this day.

But it’s time for those big signals to go away, to be reined in.

It’s not going to happen, but it should. Doing so would benefit radio in general without doing a whole lot of damage to the stations in question.

The benefits to non-clear-channel stations are obvious. Tamping down those huge nighttime signals would give a great many local radio stations a lot better shot at decent coverage areas when it counts more than people realize—think of what it would do for the coverage of your play-by-play games, for example.

And as for the harm it would do to the clear channel stations themselves, let me tell you a little story. As a consultant, I often get a phone call that goes something like this: “We just got a power increase, and now we cover 14 counties instead of just two. I need some advice on how to program and sell to those extra 12 counties.”

I’ve helped a great many radio stations over the years by responding, “Here’s your advice: You now have a greater opportunity to sell the living daylights out of two counties you’ve had all along.”

As much as I loved picking up WABC from 2000 miles away, how many ads do you think I heard for businesses in Boise, Idaho on WABC? How many ads from Pittsburgh, for that matter? WABC, for all its incredible signal, sells locally (for those who can afford it) to the five boroughs, New Jersey, and sometimes a little bit of Connecticut. Period. They could continue to do very nicely with, say, 10,000 watts days and 1000 watts nights. (Engineers, you would know better than I.)

I love what AM Revitalization is doing to extend the life of the content we program on our AM stations, and nothing I say here is intended to opine otherwise. But if given the chance, how many of us who suffer with a nighttime signal of, say, 10 watts would not jump at the chance to bump that up?

But as I said, it’s not going to happen. It’s just a dream—like the dreams of all of us who listened to all those distant stations as kids and developed the passion for radio that stays with us to this day. And you know what? We’re all living proof that dreams can come true.