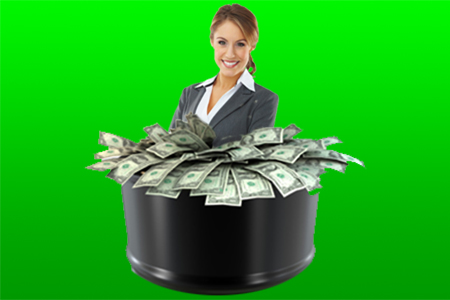 In reading Pat Bryson’s excellent-as-usual article, “How Much Do You Want to Make in 2019?”, it brought to mind a conversation I had recently with Don, a station-owner friend of mine with a real dilemma on his hands.

Some time ago Don had done one of his salespeople, Kathy, what he thought was a favor by allowing her to do some voice-work for a distant radio station. (She was his top salesperson, so he wanted to keep her happy by allowing her the leeway to do something she enjoyed, and something that put a little walking-around money in her pocket.)

Unfortunately, Kathy’s billing began to suffer, and it became obvious that she was devoting too much time to her side gig. Because she was indeed his top salesperson, and Don didn’t want to rock the boat for fear of losing her, it took him a while to summon the whatever to confront her about the situation. When he finally did, her response was, “I can’t afford to lose the couple of hundred dollars a month that I get from the other station.”

When Don told me the story and asked my opinion, my response was, “Gee, if only she had a job where she could give herself a raise whenever she wanted.”

And that’s where Pat’s article comes into play: it offers a sure-fire formula to give salespeople a way to calculate what they have to do to make what they want to make.

As we have discussed in previous issues, we can take the calculation one step further to help Kathy understand exactly what she has to do to generate the additional $1000 in sales. Let’s say that in the average month she makes 100 calls to sell $10,000. That means that every call she makes is, in the end, worth $100 in billing (understanding that she will not make a sale in every call). If she wants to make an additional $200 a month, we’ve already established that she has to bill $1000 more. Based on her sales-per-call ratio, Kathy needs to make 10 more calls every month.

In the podcast interview we did with Rick Murphy (episodes 42 and 43 of the Small Market Radio Podcast, available at www.smallmarketradio.com), he asserts that, over time, this type of calculation is unfailingly accurate and predictable. And he should know: in addition to owning a bunch of radio stations, he’s also the president of Influence.fm, a company that sells sales-management software, and he has seen the numbers for countless radio salespeople.

We hope you don’t get yourself into a pickle like Don did with Kathy, but whether you do, by using the information in Pat’s article and in this Last Word, you can help your salespeople write their own tickets—and that is a very empowering thing indeed.