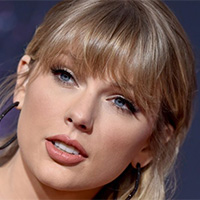 Taylor Swift racked up enough awards to break Michael Jackson’s record for the number of AMA awards (his score: 25). Ms. Swift won Artist of the Year (again), Favorite Album—Pop/Rock, and Artist of the Decade. What was more fun than seeing Ms. Taylor rack up the iron and hearing her perform her material was the way she treated her feud with those who own many of her former songs, backspace: not only did she perform many of those songs, but she wore a jacket emblazoned with a list of material she no longer owns.