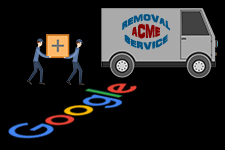 Google parent company Alphabet is shutting down its social network Google+ in the light of the revelation that at least half a million users’ data may have been exposed to hundreds of external developers—a breach that was discovered in March but never reported “due to fears of regulatory scrutiny,” according to The Wall Street Journal. (Google says they patched the issue immediately.)

← SMRP 46: Automatic Online Money | The Right Way to Answer Objections
The nominations are in. →