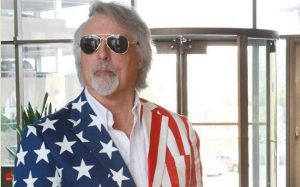 In this case I’m talking about a radio station owner—wouldn’t you know it?—named Bob Romanik, who ran for office in St. Clair County, Missouri. The good news is, he used his own medium in an attempt to persuade voters. The bad news is, his radio spots were filled to overflowing with vile, unprintable comments about his opposition.

Unprintable maybe, but as it turns out, not unairable.

I remember some particularly nasty political ads run by the proponents of KKK-backed candidates in Virginia some years ago, and the frustrations felt by local radio operators at their inability to do anything about it. To test my memory and to see if anything had changed, I reached out to communications attorney John Garziglia for a reality check.

I asked John whether that no-censorship rule extended to obscene language; the answer is Yes. The rule is absolute. (Thankfully, the station broadcasting the ad cannot be fined for such language in the context of a ‘use.’)

So, as nasty as many of the races we just went through were—including candidates at the top of the tickets—we were somewhat spared, given what could have been said (and shown) on radio and television.

However, given the escalating vitriol from election cycle to cycle, I wouldn’t be surprised if next time around candidates pulled out all the stops—instead of just most of them.