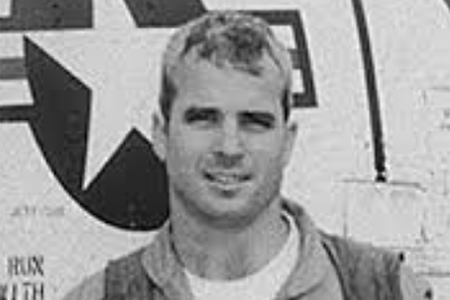 After surviving a countless string of battles, from his wartime imprisonment to his many political conflicts, Senator John McCain succumbed last week to the one fight we’re all destined to lose.

In looking for ways to honor McCain in the right way, I came across several articles that expressed my feelings as articulately as I could. To wit, Michelle Chaffee wrote on LinkedIn Pulse,

Senator John McCain often referred to himself as an “imperfect servant.” I’ve thought a lot about this as I contemplate his passing and what lessons are offered in the life he lived. The way he conducted himself over the past several months appeared to be a skillful balance of warrior fight and gracious acceptance. Battling a terminal illness, in and of itself, is considered by many to be heroic but McCain’s determination and stamina went beyond his most recent medical challenges. I didn’t always agree with McCain’s philosophies but I grew to admire him and especially now, see the tremendous value in his example of diplomacy and hardscrabble fight. It seemed the right mix necessary when you truly love a country greater than yourself and have a genuine concern for its ongoing survival.

The Senator gave us broadcasters fits. He voted against the Telecommunications Act of 1996, arguing that it was anti-competition. He introduced the Consumer Broadband Deregulation Act of 2002, which basically said that broadband providers were not required to offer access to other ISPs. In 2009, he came up with the Internet Freedom Act, prohibiting the FCC from regulating broadband providers and enforcing net neutrality rules.

Throughout all that, Senator McCain was not my favorite person. But I began to see him differently during his presidential campaign, when a woman tried to tell him that she didn’t trust Barack Obama because “he’s an Arab.” McCain countered, “No, ma’am. No, ma’am. He’s a decent, family man, [a] citizen that I just happen to have disagreements with on fundamental issues, and that’s what this campaign is all about. He’s not. Thank you.”

It was not only his words, but more his tone, that conveyed his deep despair for the erosion of truth and civility, on the campaign trail and in the DC “swamp” as well.

That moment, and the myriad times more recently when he showed his independence and willingness—eagerness—to be guided by conscience rather than convenience, allowed me to see the Senator in a different light. We may not have agreed, mostly, but I believe his views and votes were based on principle, not politics (well, mostly).

Perhaps the best way to remember the Senator from Arizona is with the words of a fellow Senator, now a broadcasting advocate. Upon learning of Senator McCain’s passing, NAB President/CEO Gordon Smith said,

Senator McCain was a force of nature, whether defending his country in war or fighting for democratic values at home and abroad. I count myself lucky to have served in the U.S. Senate with this war hero, political icon, and American patriot. The history books will be kind to John McCain because our country is so much better for his straight talk, common sense, maverick ways and passionate service. Rest well, my friend.

And there you have it: praise and respect from one to another of a breed that has all but vanished from public service today. Where have the statesmen gone? How do we get some new ones?