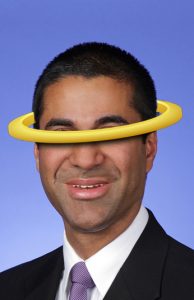 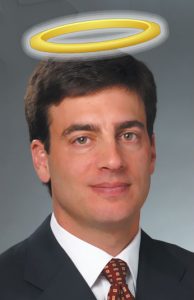 I want to commend Entercom CEO David Field and his executive team for understanding that with great power comes great responsibility. As his company prepares to take over CBS Radio, it has announced a number of best practices initiatives to ensure the best value for his advertisers and the best listening experience for his listeners.

For example, the company is going to reduce their commercial inventory by 5%, and to stop the practice of last-minute, desperation billing-boosting promotions. Both of these policies are going to benefit listeners by reducing clutter and crap on the radio, and certainly the latter policy will bolster Entercom’s reputation in the marketplace. It’s refreshing to see a company with true vision and respect for itself and our medium. I fervently hope that this is the beginning of a new trend.

Unfortunately, I have no such commendation for the FCC and its chairman for its intention to roll back the Net Neutrality rules. Every objective scrutiny of this action includes the same thing: this is bad for the consumer and bad for small business—like ours. Let’s call the repeal of Net Neutrality what it really is—“net inequality.” I think I can say with certainty that in such an environment, the carriers are going to take care of their biggest customers with advantageous rates at the expense of the small fries—you and your customers. Imagine what’s going to happen to your rich-media websites and your smooth, good-fidelity streams. When you and your customers are forced to pay more for your broadband service or see that service throttled. And that, my friend, is exactly what’s going to happen.

Those who are fighting tooth and nail to preserve net reality are accusing Chairman Pai of doing a solid for his old buddies at Verizon, where he used to work. I’m not sure I would go that far, but I do know that the current administration is bending over backwards to help big business get bigger, and the rollback of net neutrality is a great example.

We’re down to the wire on this one, and the only thing that can turn it around is a direct appeal to your Congress people. Whether you’re aware of it, the stakes are extremely high, and this issue warrants your immediate attention. Contact your federal elected representatives at once with the strong message that unwinding net neutrality is bad for your local business and your community— a.k.a., their constituents.

One easy way of speaking out is to visit the Demand Progress website and use their suggested letter (modified, ideally) to contact Congress: https://www.battleforthenet.com/?org=dp. (Caveat: Demand Progress is an activist organization with several initiatives with which you may not agree. . .but we can use their machinery to facilitate our own activism in this one area.)

Here is the message I am sending to my elected representatives—a combination of my words and those of Demand Progress:

The FCC is planning to put a stop to the net neutrality policy that protects small businesses and consumers from unfettered, unbalanced fees favoring the biggest companies and those that support their policies.

I don’t want ISPs to have the power to block websites, slow them down, give some sites an advantage over others, split the Internet into “fast lanes” for companies that pay and “slow lanes” for the rest, or force me to buy special “tiers” to access the sites and services I choose. But that’s exactly what the FCC plan would do. Please read it.

Blocking and throttling by ISPs is a serious problem. Comcast has throttled Netflix, AT&T blocked FaceTime, Time Warner Cable throttled the popular game League of Legends, and Verizon admitted it will introduce fast lanes for sites that pay—and slow lanes for everyone else—if the FCC lifts the rules. This hurts consumers and businesses large and small.

If some companies can pay ISPs to have their content load faster, startups and small businesses that can’t pay those fees won’t be able to compete. This will kill the open marketplace that has enabled millions of small businesses and created America’s five most valuable companies. Without strong net neutrality protections, Internet providers will effectively be able to impose a tax on every sector of the American economy.

My industry comprises thousands of small, local radio broadcasters who are turning to the Internet to deepen their ties with, and extend their reach to, our communities. Repeal of the net neutrality protections will almost certainly result in higher prices or reduced service, or both, to us and our listeners.

If the FCC passes their current order, every Internet user and business in this country will be unprotected from abuse by Internet providers, and the consequences will be dire.

There’s no time to lose: The issue is scheduled for a vote at the FCC’s December 14 Open Meeting. Please publicly support net neutrality protections by denouncing the Commission’s plan. 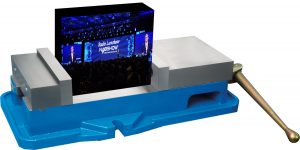 When I first heard that the NAB was doing away with the Radio Luncheon at the 2018 Las Vegas gathering, I was not happy. I initially interpreted this move as another step in the marginalization of radio at the Show—and perhaps within the NAB itself.

Upon further reflection, however, I recalled my surprise and dismay when I attended the Radio Luncheon last Spring to see only about one quarter of the ballroom set up, and even then there were empty seats scattered around.

The organization doesn’t break out radio attendance, but my eyewitness impression is that radio people have been attending the Spring show in declining numbers.

I believe that every radio operator should attend the Spring Show; there is no better way to think outside the box, and I always come home with a suitcase full of new ideas from other media that can benefit our radio businesses.

But I understand that the time and expense is a stretch for many of us. . .and I can understand why the NAB doesn’t want to squander resources on the Radio Luncheon, which has become an embarrassing show of no-shows.

So I’m approaching the changes with an open mind, and I urge you to do the same. Above all, I urge you to show up at the Show. If more of us do, who knows? We may earn back our lunch.