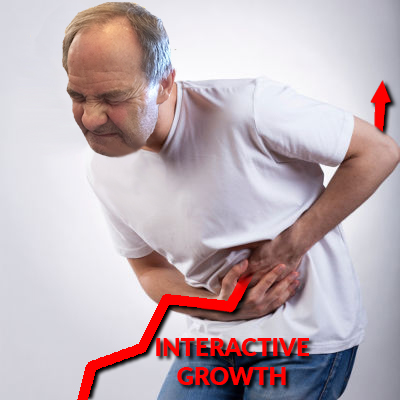 Well, the IAB has released the latest numbers trumpeting the continued dramatic growth of interactive (read: digital) advertising. They announced that the first quarter of 2017 delivered the highest-ever first-quarter earnings for digital advertising in the United States, reaching over $19.5 billion. That’s a 23% increase, or $3.7 billion, over the same period last year. What’s more, the first quarter of 2017 is the seventh consecutive first-quarter to have double-digit year-over-year growth.

According to IAB Senior Vice President/Research and Impact Chris Kuist, “These figures reflect marketers’ ongoing commitment to invest in digital. This steady growth is a direct result interactive advertising’s power to reach consumers where they are spending more and more of their time—on connected screens.”

Kuist, got it half right when he said, “These figures reflect marketers’ ongoing commitment to invest in digital.” The second part of his statement, according to Pierre Bouvard’s research-driven insights in this issue, not so much.

In addition to Mr. Bouvard’s empirical evidence, there’s that perennial side-thorn, Bob Hoffman. We have been publishing a series of articles from the iconoclastic ad guru which essentially, collectively, make the point that the emperor of interactive advertising is stark naked. The apparent precise measurability of interactive advertising is all too easy to corrupt—if it bore any relation to results in the first place. As advertisers are evaluating where to put their advertising money, they are subject to what amount to outright lies in the metrics that are touted for digital advertising. Those metrics are much easier to inflate using nefarious technological tools than the audience-measurement systems that we use, which are subject to rigorous oversight. This means that what is touted as a “census” in the interactive world—an accurate reflection of reality—is likely to be less accurate than the statistical models used by Nielsen and other broadcast rating services, which models include well-defined margins of error.

Major advertisers are beginning to wake up to the interactive shell game and are withdrawing their advertising dollars from a medium fraught with dishonest practices and uncertain results. Can local advertisers be far behind?

That is up to you. You have plenty of ammunition to combat the trickled-down “wisdom” that advertising online and in social media is a good thing. As we have pointed out before, you have to proceed delicately in advancing your arguments, for two reasons:

1. You are also in the digital advertising business with your website, so you have to be surgical in how you apply your anti-digital arguments.

2. As always, you have to be careful not to call the advertiser’s baby ugly: if he or she is heavily invested in digital, you have to take an oblique approach.

In previous issues of this newsletter we have discussed ways of using your digital presence—a.k.a. websites—in ways that promote better results. The short answer is, don’t get caught in the banner-ad trap. Use the unique combination of radio and interactive to produce creative solutions that lead to results that are far better than the interactive advertising industry can achieve on its own.