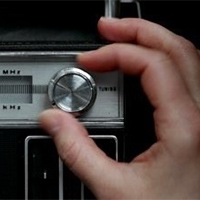 In the early 90s, the FCC instituted a rule preventing radio stations on the same band the same market duplicating more than 25% of their programming—such practice being more common on the AM band, where it wasn’t uncommon to find stations struggling to survive. Now, the FCC is proposing to eliminate their 1992 rule as part of their emphasis on rule modernization (Media Bureau Docket 19-310). Additionally, Docket 19-311 intends to allow AM stations voluntarily to go all digital. According to Chairman Ajit Pai, with the proliferation of stations in all markets—AM and FM, commercial and noncom, LPFM and digital—since 1992, “We are seeking comment on whether the [programming duplication] rule is still necessary and whether it should be modified or eliminated.” Meanwhile, according to the chairman, the reasoning behind the digital proposal is to give AM operators “as much flexibility as they need to compete in the digital age.”

← FCC wants to ditch WWII-era rule.
Video series on podcasting free to all. →