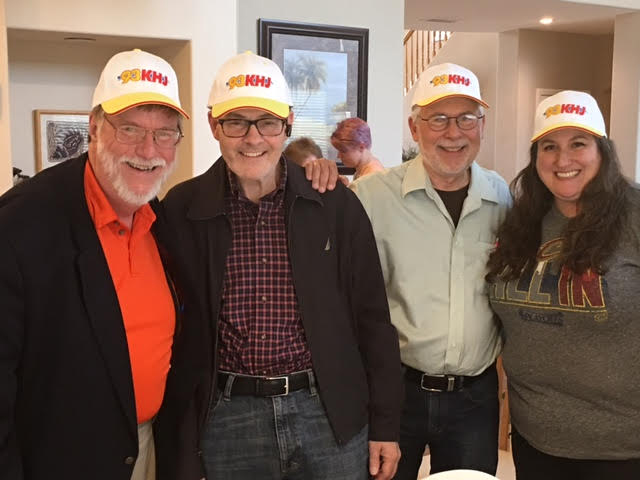 One of the best sessions at the NAB was not at the NAB: the gathering of broadcasters at the annual Larry Fuss shindig, this year held at his home in Las Vegas on Sunday afternoon. As a successful small-market broadcaster, an Idea Bank member, a former NAB Board member, and a member of the Nevada Broadcasters Hall of Fame, Larry himself is at the epicenter of what’s going on in our world.

I’m also convinced that Larry knows everybody, and any hootenanny hosted by him is sure to be attended by a diverse and interesting group. This year, his little pizza party attracted the likes of the aforementioned Mr. Walters, group broadcaster Paul Tinkle, communications attorney John Garziglia, Regional Reps CEO Shayna Sharpe, station rep/broker Roger Rafson, super sales consultant Pat Bryson, and a bunch of other people with whom I am undoubtedly going to be in hot water for not mentioning their names.

If you are a dyed-in-the-wool broadcaster, such a gathering is like comfort food: we’ve all been through the same things, we face the same challenges every day, and we are survivors. There is an easy communication among broadcasters, largely consisting of shorthand and jargon that would seem odd to civilians—and to our mates, except for the fact that most of them have been hearing the same shorthand and jargon for years and either now understand it or tune it out.