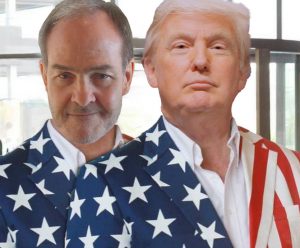 In what half of the country deems a stunning upset and the other half considers a just outcome, for the first time in the history of this nation, we have elected a genuine, bona fide outsider to the highest office in the land.

There have been non-politicians who have run and won in the past—the most recent of them was General Dwight David Eisenhower—but to a man they had served our country in other ways prior to occupying the Oval Office.

The closest parallel to a Trump presidency is when wrestler-actor Jesse Ventura, in a similar upset scenario, claimed the governorship of Minnesota. (Political pundits and Minnesotans are still trying to figure out what happened.)

In addition, America’s voters gave the new president a Republican hegemony in both houses of Congress—good news for supporters of the conservative agenda, bad news for constitutionalists who believe in checks and balances.

There are myriad national and international question marks at this point, but what, specifically, does this mean for the radio industry?

First, it is unlikely that Mr. Trump has given a lot of thought to the FCC. Nonetheless, there will be a new chairman, and he or she will come from the Republican ranks. Since the chairman has a lot to do with setting the agenda, we can expect a business-friendly environment, and in all likelihood a continuation—and perhaps a strengthening—of the AM revitalization initiative that is so important to group broadcasters throughout the country.

Beyond that, you might see a reduction in paperwork and other requirements deemed superfluous in the electronic age.

The danger is that the new chairman will be less preoccupied with broadband issues than Mr. Wheeler, and focus more of his or her attention on regulating traditional media (that would be us).

All in all, a Republican administration usually means good things for the broadcast industry. But we are in uncharted waters. Time will tell.