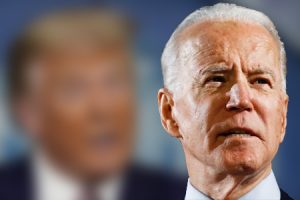 NAB President/CEO Gordon Smith, himself no stranger to the political arena, having served two terms as Senator from Oregon, has congratulated President-Elect Joe Biden and urged the soon-to-be-former president to acknowledge reality and concede the race. Senator Smith said in a statement, “It has been clear for days now that Joe Biden has been on track to win the popular vote in his run for the presidency. It is decisive that today (November 9) he has surpassed the threshold of 270 electoral college votes. NAB congratulates Joe Biden on becoming president-elect of the United States of America.” Smith goes on to reflect on his service in the Senate alongside President-Elect Biden, saying, “I know his patriotic love for his country and of his good heart for all his countrymen.”