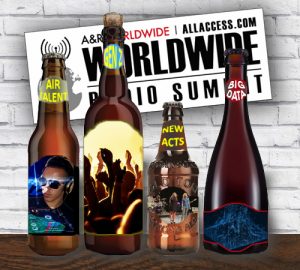 Most of the readers of this publication live in the world of ownership, management, and sales. But every once in a while it’s a good idea to take a closer look at the product that drives our business—namely, air talent and music. And anyone living within driving distance of, or a short plane ride from, the Los Angeles area would be well advised to consider attending the Worldwide Radio Summit, an annual gathering of people from the programming side of the radio industry, artists and representatives from the music industry, along with researchers and thought leaders who study both industries. Better yet, have your program director accompany you. In most stations, PDs don’t get a lot of perks, and it just may give you an opportunity to get to know better that side of your business.

Herewith, some of the high points from this year’s Summit, courtesy of your humble editor, along with Contributing Editor Jay Douglas.

HITTING THE GROUND RUNNING. The first day of the Summit kicked off with opening remarks from All Access President Joel Denver and A&R Worldwide President Sat Bisla—the cosponsors of the event—followed by the announcement of the winners of the Ria’s Rising Stars Foundation scholarships. (The foundation and the awards honor Joel Denver’s late wife.) 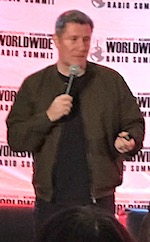 COOPER KEYNOTES. Benn Cooper, controller of BBC Radio 1, BBC Radio 1 Xtra, and BBC Asian Network, talked about objectives, strategies, and tactics—but the real take-away was his insistence that a radio station should not push people to social media, but that social media should be used to push listeners to listen to the radio, and the radio, in turn, should be pushing listeners to listen to the next segment. (Cooper noted that his personalities have been banned from promoting their social media accounts on the air.) Cooper’s presentation included videos of compelling content, such as an ongoing feature where celebrities are wired to an EKG machine to see if they get excited by something unexpected that the station throws at them.

GETTING DOWN WITH THE YOUNG PEOPLE. The next segment was a panel of radio executives and retail brand managers discussing how our medium can better reach the fickle, elusive younger generations (Millennials and Generation Z). Panelists noted that those demographics don’t get excited by radio, rather thinking of it as “an appliance.” Members of the panel issued a couple of warnings to the radio industry: First, those who are waiting to adopt digital platforms until they can make money with them are going to be “s— out of luck.” Second, radio has done a poor job of embracing podcasting, and we have to catch up fast.

REACHING THE UNREACHABLE. The discussion of Millennials and Gen Z-ers continued with another panel discussing the difficulties of measuring those demographics. Jon Miller, vice president/audience insights of Nielsen, pointed out the difficulty of recruiting younger generations to participate in ratings studies. There ensued a familiar discussion about sample sizes, especially in non-PPM markets. RAB President/CEO Erica Farber brought it up, and Miller responded with the same argument that Nielsen (and Arbitron before them) has been using forever: “We are looking into increasing sample sizes by various means.” Farber also cited the importance of using Big Data—meaning, in this case, information generated by Nielsen—in a more meaningful way. She also noted that the new thinking of new generations must force radio to think outside of the 30- and 60-second box. 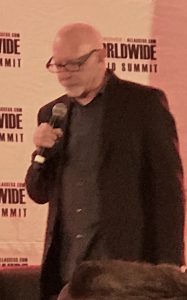 FRED BREAKS IT DOWN. Jacobs Media Founder and Present Fred Jacobs debuted the latest version of his ongoing TechSurvey, showing the shifting sands of media usage. One means of expressing usage is Jacobs’s Media Pyramid, which this year showed television/video on top, followed by AM/FM radio (which showed modest growth). Following radio came smart phones, social media, tablets, streaming video, and entertainment and music apps. Although down the list proportionately, smart speakers showed the biggest gains of any medium, emphasizing the importance of those devices. One of the high points of Jacobs’s presentation was the answers to the question, “Why do you listen to AM/FM radio?” The number one reason was that it is the easiest medium to listen to in the car—but number three was especially noteworthy: it is free.

RADIO WITH EVERYTHING. A collection of personalities and pundits comprised a panel talking about “The Future of Everything.” Rather than focus specifically on podcasting, the presenters talked about how podcasting was merely one of several “next stage” audio content platforms. But mostly, the subject was in fact podcasting, discussing things like making it easier for listeners to find and consume new audio formats, and the age-old question of how to monetize them. 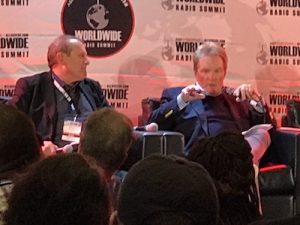 SHANNON DISHES. Joel Denver sat down for a “Fireside Chat” with Scott Shannon, who juggles mornings at WCBS-FM/New York; the syndicated feature, “America’s Greatest hits”; and the syndicated 24/7 format “True Oldies Channel.” Shannon discussed his passion for radio. . .how he became a program director simply to have more control over his on-air work. . .the wild success of Z100’s “Morning Zoo”. . .the not-so-successful “Pirate Radio” experiment in Los Angeles. . .and what he learned from legendary programmer Bill Drake.

FIFTEEN IN 15. Carolyn Gilbert and Leigh Jacobs from the research firm Nuvoodoo shelled out “15 Ratings Boosters in 15 Minutes.” Their advice included using social media, targeting ratings respondents, and a number of points about contesting. About contesting, Gilbert and Jacobs emphasized that the public has a dim view of radio promotions, thinking they are rigged, nobody wins, station people win, and so forth. One antidote the duo suggested was making sure that you get your winners on the air frequently and prominently to reinforce the impression that radio contesting is for real.

RADIO VERSUS STREAMING. The final panel of the day was presented by Cumulus EVP/Programming Mike McVay and Nielsen Audio President/U.S. Radio Scott Musgrave, with the discussion centering on the differences between the most popular songs on the radio versus streaming media. The panel filled out with a number of radio programmers to delve more deeply into the topic.

RADIO MARKETING’S FUTURE PONDERED BY PANEL. A collection of market programmers made up a panel devoted to discussing how the marketing of radio is evolving in the face of new media challenges. One high point was the acknowledgment that a strong, well-known personality is the best marketing tool radio station can have. Jim Ryan, who oversees programming for CBS stations in New York, including the Scott-Shannon-driven WCBS-FM, noted that Shannon himself was “the multi-million-dollar advertising campaign we couldn’t afford.” The group discussed the value of jock podcasts to extend the brand, with most of the panelists being in favor of it; but Townsquare Media Senior Vice President/Programming Kurt Johnson warning that you don’t want to force a personality to do something that he or she is uncomfortable with or not very good at.

RADIO LISTENERS: NOT JUST DEADBEATS. DMR/Interactive President/COO Andrew Curran had some good news for the medium in the form of the relationship between employment and radio listening. Curran noted that the percentage of radio listeners across all demographics who are employed is disproportionately high, leading to the conclusion that radio listeners have more money to spend than consumers of other media. (Curran said that the unemployed are more likely to be home watching television, as evidenced by the preponderance of advertising for trade schools and personal injury lawyers during the daytime hours.) Curran concluded by urging stations to market more directly at those employed listeners.

HOW’S YOUR IMAGE? Two consecutive panels on Friday were devoted to radio station production and imaging, and to voiceover skills. In the imaging segment, the discussion centered on ways of using sleepers and voiceovers more effectively to strengthen the branding of the station. During the voiceover segment, the emphasis was on technique and execution, with Howard Cogan, the longtime voice of the Jack-FM franchise, urging stations who submit lines to their voiceover artists to keep in mind the voice and the attitude of the artist.

FLIP THE SCRIPT. A trio from the research firm Coleman Insights urged radio stations to look at their promotional activities from the outside in, to gain a better understanding of how listeners really think about radio. For example, people within the radio station are (or should be) extremely passionate about what they do, whereas people listening to the radio station don’t in general share that passion. Their reasons for listening include things like reliving memories, improving mood, and sometimes just good old-fashioned habit. The panel pointed out that the radio station’s image is built in layers—the basic format (talk or music, Country or CHR, etc.), plus embellishments (personality, specialty programming, contesting, news, community outreach, etc.), wrapped in a “brand essence.”

PERSONALITIES ON THE LOOSE. After lunch, the stage was overtaken by an all-star panel of radio talent moderated by WCBS-FM morning guy Scott Shannon. It was one of those “you have to be there” sessions, a heady brew of origin-story reminiscences and useful nuggets like “be relatable,” “be larger than life,” “keep things moving,” and so on.

For information on the Worldwide Radio Summit, click here. (Photos courtesy of AllAccess.com)