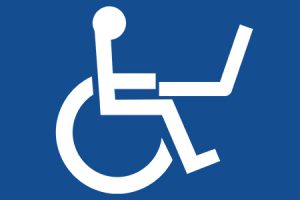 When our friend and SMRN Contributing Editor Jay Douglas called to my attention the LA Times article about the Americans with Disabilities Act (ADA) — describing how opportunistic attorneys (redundant?) have gone after websites for not being ADA-compliant — it reminded me of the myriad other times that we have been caught in the cross-hairs of opportunists.

The Italian Book Company. Holly Lafontaine. That couple from Florida suing everybody over obscure music rights. The outfit that allegedly had a patent on the EAS technology. The guy who tried to extort money from any radio station using the term “Tradio.” The dire warnings about the General Data Protection Regulation (GDPR) from shady perpetrators who wanted to charge you to fix something that didn’t need fixing. The list goes on and on.

In times past, small market radio stations have been able to operate within a certain margin of error, because the odds of discovery were slim. (Case in point: the use of any commercially-released music behind a commercial is technically verboten, but how many of us do it still?)

But all that has changed with the advent of the Internet. Your website can be viewed by anyone in the world—and worse, can be “crawled” by those looking for something specific, like ADA compliance. Your station stream exposes any of your copyright-infringing bad habits to the world at large, to say nothing of the “bots” that do the aforementioned crawling.

This ADA-compliance thing is not some marginal radio-only scam. Although it’s safe to say that the attorney mentioned in the LA Times might just have a motive above and beyond his desire to help disabled people, it’s also safe to say that a small radio station is relatively judgment-proof from his perspective—but there might well be an ambitious attorney in your town or state who sees a way to pocket some walking-around money by jumping on the ADA bandwagon.

I certainly don’t want to cry wolf here, but if that bandwagon gathers momentum, we could all be at risk—and fixing the problem fairly soon, expensive as it is, is much better than fixing the problem too late and paying restitution to the allegedly aggrieved plaintiffs.

As always, your attorneys—meaning the one you use in your community and the one in Washington (or the legal arm of your state association or the NAB) —should be your next phone calls.