It’s one thing to compete with other legitimate advertising media. We shouldn’t have to deal with media that have no business conveying advertising. 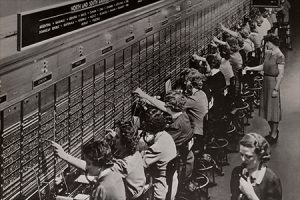 I noted with interest this week that Sirius XM was being sued again for making telemarketing calls to cell phones. This is a blatant violation of the Telephone Consumer Protection Act, a 1991 law which established the infamous “Do Not Call List”; the law was further strengthened in 2013.

Kudos to any individual or class-action attorney that goes after the people responsible for these constant assaults on our telephones. Goodness knows the federal government is not enforcing its own law—but that is a story for another time.

The story for this time is that telemarketing is, in a very real sense, a competitor of ours. But how worried should we be?

Small market broadcasters are marketing a legal, honorable, respectful way for purveyors of products and services to reach and persuade consumers. In fact, stations I’ve worked for have conducted research in which respondents expressed appreciation for the “news about local merchants” featured on those stations.

Telemarketing, on the other hand, is universally despised. It’s also illegal. Telemarketing to the land lines of people without a prior relationship to the caller is illegal. All telemarketing calls to mobile phones are illegal. (Have you noticed that some of the calls you get make reference to the fact that you have given permission for that call? Well, technically, you probably have: Whenever you enter one of those “Win This Whatever” contests you see at malls and movie theaters, the teensy weensy print at the bottom of the entry form says that by entering the contest, you are giving permission to be contacted “by our partners” about “special offers.”)

I’ve looked and looked, but it seems that nowhere in the history of the invention of the telephone does it say that this instrument is an advertising medium.

But telemarketing isn’t the only advertising medium or wannabe medium that annoys the crap out of people. Our friends over on the TV side routinely annoy viewers by boosting the volume level during commercial breaks. (If you thought that this practice had been stopped decades ago, think again.)

Yet without a doubt, the “advertising medium” that annoys people the most, day after day, is the Internet. (Again, I would point out that the Internet was not invented as an advertising medium; that “enhancement” came along much later, and was uniquely responsible for the Internet boom of the early 90s, the Internet bust of the late 90s, and the subsequent steady rise of both users and ad revenues.)

But to this day, Internet advertising is struggling for legitimacy, in the face of several adverse factors. For one thing, even if click-through rates (CTRs) were legitimate, they are pathetically low—a fraction of 1% of those who are exposed to an ad. And it turns out that even that pathetically-low percentage is fraudulent: as ad man Bob Hoffman points out in our podcast interview (Episode 47, available tomorrow at www.smallmarketradio.com), researchers have found that at least 50% of all clicks are fraudulent (computer programs or human-staffed “click farms” generating billions of fraudulent clicks every minute of every day)—and that is just the fraud that can be detected. As Mr. Hoffman points out, “The bad fraudsters get caught; but there are still a lot of good ones that we don’t know about.”

Another thing about online advertising: It doesn’t work. Goodness knows they’ve tried, but every time they come up with some new genius way of getting us to pay attention— oh, let’s see, they’ve tried skyscrapers, pop-ups, pop-overs, peel-offs, and interstitials, to name just a few—it just makes us more and more angry. I’ve already established that click-through rates are useless, but, according to research into digital advertising, the “ad noted” scores are also pathetically low. Even if you don’t have an ad blocker activated on your browser—and nowadays many do—you are likely simply to ignore the ads.

I respect any advertising medium that has been designed for that purpose and has value to the end-user. Whether it’s newspapers, television, other radio stations, direct mail, and so on, these are media that have been designed around making advertising effective.

As for the others, I’d like to extend a heartfelt “Thank you” to all the faux media in the world for annoying the crap out of people and making it easier for us to ply our honest, straightforward, effective trade.