Pai to Apple: Turn it on.

In the wake of the back-to-back hurricane strikes that have plagued parts of the country recently, the FCC chairman sent a message to iPhone maker Apple saying, “In recent years, I have repeatedly called on the wireless industry to activate the FM chips that are already installed in almost all smart phones sold in the United States. And, I’ve specifically pointed out the public safety benefits of doing so… Apple is the one major phone manufacturer that has resisted doing so. But I hope the company will reconsider its position, given the devastation wrought by Hurricanes Harvey, Irma and Maria. That’s why I am asking Apple to activate the FM chips that are in its iPhones. It is time for Apple to step up to the plate and put the safety of the American people first. As the Sun Sentinel of South Florida put it, ‘Do the right thing, Mr. Cook. Flip the switch. Lives depend on it.’”

NAB to Pai: Right on.

Gordon Smith, the president/CEO of the association, said, “NAB salutes FCC Chairman Pai for his strong support for voluntary activation of FM radio chips in Apple iPhones. Local broadcasters are a lifeline information source in times of crisis… We urge Apple to acknowledge the public safety benefits of local broadcasting on smart phones and to light up the FM chip.” 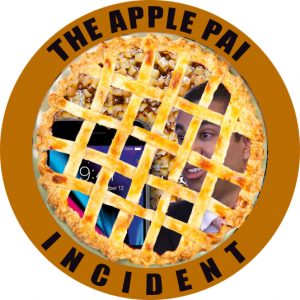 The local broadcast aggregator also issued a statement in support of the chairman’s position: “We at NextRadio agree with him and want this to be a reality in all phones. People need access to the life-saving information FM radio broadcasts provide during emergencies. We built the NextRadio app with this in mind, and make it available free.”

Apple to Pai: Buzz off.

Apple has issued a statement in response to Ajit Pai’s appeal to activate the FM chips in iPhones as a public service. The statement said, “Apple cares deeply about the safety of our users, especially during times of crisis, and that’s why we have engineered modern safety solutions into our products… IPhone 7 and iPhone 8 models do not have FM radio chips in them, nor do they have antennas designed to support FM signals, so it is not possible to enable FM reception in these products.”